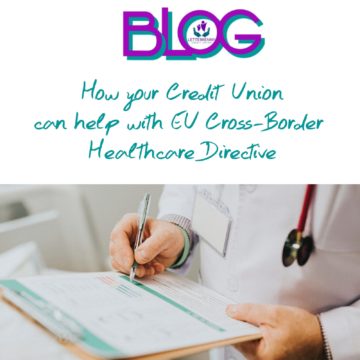 The EU Cross-Border Healthcare Directive allows Irish patients access to healthcare in other EU countries, which they are normally entitled to in Ireland but for which there might be long waiting periods. The patient can access the healthcare in either a private or public setting in another EU country, and claim reimbursement for this from the HSE when they return home. The reimbursement will be for whichever treatment bears the lesser cost – either the treatment abroad or here in Ireland.

A lot of the treatments availed of under this scheme currently are for cataracts, hip and knee replacements. However there is a wide range of treatments which can be availed of. See the HSE website for a full list of treatment and those eligible to apply.

It is important to bear in mind that it is the cost of the medical procedure itself which the HSE will reimburse. No other costs, such as the flights to the EU country or accommodation costs (such as hotels) needed during your stay in the other hospital, will be covered by the HSE.

Where do credit unions fit into this?

Letterkenny Credit Union is offering loans to eligible patients to avail of the cross-border scheme. These loans are then being paid off when the patient receives their HSE reimbursement cheque. This was depicted in the first episode of RTE One’s The Borrowers.

Thomas applied for a loan from Cara Credit Union Ltd. (Tralee) so he could travel to Belfast on a bus organised by a local politician to have a cataract operation under the scheme. He chose this option to avoid the long waiting period at home, where he feared his eyesight might be irreparably damaged due to the delay getting treatment. If you missed the episode, you can catch up on the RTE Player.

A lot of the lending for the Cross-Border Healthcare Directive involving credit unions is for treatment in healthcare facilities in Northern Ireland. It’s worth nothing though that LKCU are open to loans for those who may need to travel further than Northern Ireland to access the scheme. LKCU are also open to loans for relatively small amounts of money, or much more substantial amounts.

Further good news about the scheme is that, at the time of writing, it also looks as if accessing treatments in Northern Ireland will not be affected by Brexit. The Department of Health says that both the British and Irish governments are committed to continuing cross-border healthcare arrangements.

If you feel that you could benefit from the EU Cross Border Healthcare Directive, take a look at the HSE website first to ensure you are eligible and that your treatment is covered. Then contact us to find out more about the loans they offer in relation to the scheme.

This website uses cookies to improve your experience while you navigate through the website. Out of these cookies, the cookies that are categorized as necessary are stored on your browser as they are essential for the working of basic functionalities of the website. We also use third-party cookies that help us analyze and understand how you use this website. These cookies will be stored in your browser only with your consent. You also have the option to opt-out of these cookies. But opting out of some of these cookies may have an effect on your browsing experience.
Necessary Always Enabled
Necessary cookies are absolutely essential for the website to function properly. This category only includes cookies that ensures basic functionalities and security features of the website. These cookies do not store any personal information.
Analytics
Analytical cookies are used to understand how visitors interact with the website. These cookies help provide information on metrics the number of visitors, bounce rate, traffic source, etc.
Performance
Performance cookies are used to understand and analyze the key performance indexes of the website which helps in delivering a better user experience for the visitors.
Advertisement
Advertisement cookies are used to provide visitors with relevant ads and marketing campaigns. These cookies track visitors across websites and collect information to provide customized ads.
Targeting
Functional
Functional cookies help to perform certain functionalities like sharing the content of the website on social media platforms, collect feedbacks, and other third-party features.
Save & Accept